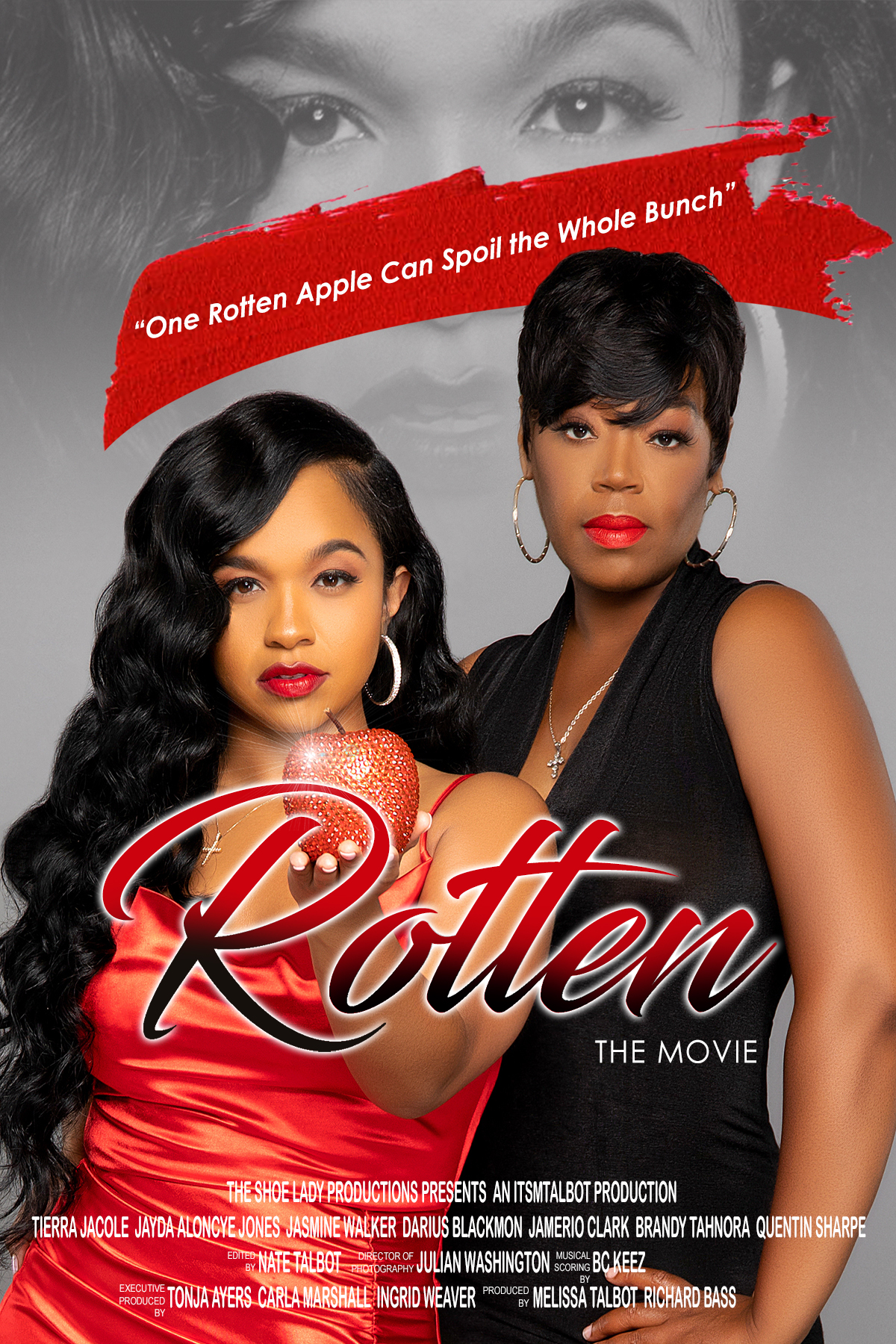 Detroit, Michigan Sep 14, 2022 (Issuewire.com) – On Saturday, November 5, 2022, The Shoe Lady Productions will premiere its latest film. “Rotten” debuts, at 6:00 pm at the Bel Air Luxury Cinema in Detroit, Michigan. If you know anything about independent film, you know Detroit filmmakers have taken over digital streaming platforms nationwide. With their insurgence of indie film content, the creator Tonja Ayers is next up to contribute to the arsenal. Rotten was filmed primarily in the metropolitan Detroit area, with local actors. The soundtrack features native musicians and songwriters.

Rotten is an urban-themed tale focused on a mentally tormented young lady named Apple and her hatred for her mother, Tami. Her primary goal in life is to be nothing like her mother, but is that even possible? Apple’s childhood has made her rotten to the core.

This groundbreaking project features Tierra JaCole starring as Apple and Brandy Tahnora as her mother, Tami. The film is inspired by the book “The Apple Don’t Fall Far from The Tree” penned by Tonja Ayers aka The Shoe Lady. She is a serial entrepreneur and author who is producing her novels into film. Tickets for the film and trailer are available at www.rottenthemovie.com.

This article was originally published by IssueWire. Read the original article here.

Disclaimer: The views, suggestions, and opinions expressed here are the sole responsibility of the experts. No Scoop Register  journalist was involved in the writing and production of this article.

Begin typing your search above and press return to search. Press Esc to cancel.